What is Documentation? Documentation is a design element and is used to provide information regarding the use of a product in an intuitive way. Good documentation helps in easy to understand the code and installation of products. For example, it may contain information on how to build from source, how to run benchmarks, any material regarding safety usage, notes on maintenance and troubleshooting and so on. So, for anyone who intends to write something, even if it’s for yourself (and therefore will not be sharing with anyone else), it’s good practice to make sure that you’re documenting your processes and results somewhere.

When you have a growing software project, it can be increasingly challenging to provide good quality documentation. Fact is that most open-source projects don’t offer this type of documentation. In order to help the respective developers and other contributors, you definitely need to update your development documentation. These tools are designed for writing code quicker, for documenting objective API, for developing and testing both – in other words, these tools are what make your life easier as a developer.

Python coding is in big demand due to its unique features, like ease of use, readability, and code simplicity. In the current market where python developers are high in demand, several tools have come up for documenting Python code.

Documentation is an essential part of software development as well as becoming a good developer. It is necessary to document your API so that other developers can easily understand how it works and how to use it, rather than spending time reading the source code. In this article, we will discuss some of the best documentation tools for Python.

4. Increases team member awareness of how the whole project is organized

By far the most recommended and comprehensive documentation generator. It supports reStructuredText in docstrings and produces a HTML output with a clean visual style. Countless examples (including official Python libraries) can be found here: http://www.sphinx-doc.org/en/master/examples.html

About the only con I could find is that setting it up requires a bit of configuration (using Makefiles) and the documentation for getting started assumes you’re working with a fresh repo. You can also run it with a quickstart script that uses default configurations but it still requires multiple steps. Works for Python 2 and 3 and loads docstrings dynamically through introspection.

Probably the second-most popular Python-exclusive doc tool (Doxygen is more general) it’s got 373 stars and 12 contributors. Its code is a fraction of Sphinx’s complexity and the output is not quite as polished, but it works with zero configuration in a single step. It also supports docstrings for variables through source code parsing. Otherwise it uses introspection. Worth checking out if Sphinx is too complicated for your use case.

A successor to the popular epydoc, it works only for Python 2. Main benefit is that it traces inheritances particularly well, even for multiple interfaces. Works on static source and can pass resulting object model to Sphinx if you prefer its output style. I actually prefer the clean look of Pydoctor to Sphinx however.

Not Python-exclusive and its interface is crowded and ugly. It claims to be able to generate some documentation (mostly inheritances and dependencies) from undocumented source code. Should be considered because many teams already know this tool from its wide use in multiple languages (particularly C++).

Readability is a primary focus for Python developers, in both project and code documentation. Following some simple best practices can save both you and others a lot of time.

A README file at the root directory should give general information to both users and maintainers of a project. It should be raw text or written in some very easy to read markup, such as reStructuredText or Markdown. It should contain a few lines explaining the purpose of the project or library (without assuming the user knows anything about the project), the URL of the main source for the software, and some basic credit information. This file is the main entry point for readers of the code.

An INSTALL file is less necessary with Python. The installation instructions are often reduced to one command, such as pip install module or python setup.py install, and added to the README file.

A LICENSE file should always be present and specify the license under which the software is made available to the public.

A TODO file or a TODO section in README should list the planned development for the code.

A CHANGELOG file or section in README should compile a short overview of the changes in the code base for the latest versions.

Depending on the project, your documentation might include some or all of the following components:

Most Python documentation is written with reStructuredText. It’s like Markdown, but with all the optional extensions built in.

Comments clarify the code and they are added with purpose of making the code easier to understand. In Python, comments begin with a hash (number sign) (#).

In general, follow the comment section of PEP 8#comments (the “Python Style Guide”). More information about docstrings can be found at PEP 0257#specification (The Docstring Conventions Guide).

Do not use triple-quote strings to comment code. This is not a good practice, because line-oriented command-line tools such as grep will not be aware that the commented code is inactive. It is better to add hashes at the proper indentation level for every commented line. Your editor probably has the ability to do this easily, and it is worth learning the comment/uncomment toggle.

Some tools use docstrings to embed more-than-documentation behavior, such as unit test logic. Those can be nice, but you won’t ever go wrong with vanilla “here’s what this does.”

Tools like Sphinx will parse your docstrings as reStructuredText and render it correctly as HTML. This makes it very easy to embed snippets of example code in a project’s documentation.

Additionally, Doctest will read all embedded docstrings that look like input from the Python commandline (prefixed with “>>>”) and run them, checking to see if the output of the command matches the text on the following line. This allows developers to embed real examples and usage of functions alongside their source code. As a side effect, it also ensures that their code is tested and works.

Unlike block comments, docstrings are built into the Python language itself. This means you can use all of Python’s powerful introspection capabilities to access docstrings at runtime, compared with comments which are optimized out. Docstrings are accessible from both the __doc__ dunder attribute for almost every Python object, as well as with the built in help() function.

While block comments are usually used to explain what a section of code is doing, or the specifics of an algorithm, docstrings are more intended towards explaining other users of your code (or you in 6 months time) how a particular function can be used and the general purpose of a function, class, or module.

Depending on the complexity of the function, method, or class being written, a one-line docstring may be perfectly appropriate. These are generally used for really obvious cases, such as:

The docstring should describe the function in a way that is easy to understand. For simple cases like trivial functions and classes, simply embedding the function’s signature (i.e. add(a, b) -> result) in the docstring is unnecessary. This is because with Python’s inspect module, it is already quite easy to find this information if needed, and it is also readily available by reading the source code.

In larger or more complex projects however, it is often a good idea to give more information about a function, what it does, any exceptions it may raise, what it returns, or relevant details about the parameters.

For more detailed documentation of code a popular style used, is the one used by the NumPy project, often called NumPy style docstrings. While it can take up more lines than the previous example, it allows the developer to include a lot more information about a method, function, or class.

The sphinx.ext.napoleon plugin allows Sphinx to parse this style of docstrings, making it easy to incorporate NumPy style docstrings into your project.

At the end of the day, it doesn’t really matter what style is used for writing docstrings; their purpose is to serve as documentation for anyone who may need to read or make changes to your code. As long as it is correct, understandable, and gets the relevant points across then it has done the job it was designed to do.

Python package pdoc provides types, functions, and a command-line interface for accessing public documentation of Python modules, and for presenting it in a user-friendly, industry-standard open format […]

So pdoc takes you code (modules, functions/methods, classes, variables) and creates a browsable (html/plaintext) documentation. It’s semi-automatic because it uses your code to create the main docs, but it will add more useful info if you have docstrings.

Usage (inside your Python project):

This will create a directory called html containing another directory (named the same way as your project dir) and inside you will find .html files with your Python modules documented. Here is the output of pdoc ran on my example Python code

2. It’s hard to keep it up-to-date, especially in startup projects with rapid changes

3. Creating documentation is not a “pleasant” activity for the developers (compared to creating code) — some developers don’t like to create the documentation, they will be demotivated when asked to do it.

2. Can get fragmented — it’s hard to maintain one, consistent documentation.

Documentation is the bane of many developers’ existence. But documentation can also be a great help when you’re stuck and need to find out more. As a developer, you will typically work either in an agile or agile-like environment. Projects are moving quickly, users are getting frustrated because they can’t figure out how to accomplish their goals, and much blood is being spilt on the software development floor. This can be a massive headache for developers.

The fastest way to get new Python programmers up to speed on your code is through documentation. It’s convenient and accessible, especially with tools like Jupyter Notebooks. In many cases, you can use the same tools that the professionals use — even if you’re just starting out. 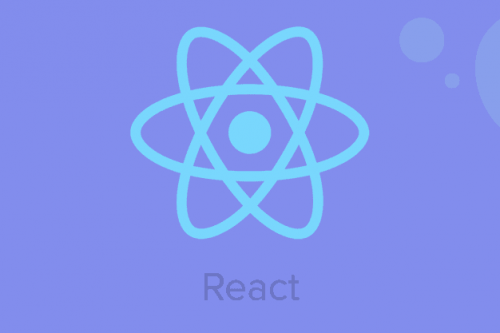 Do you want to develop your company mobile app, but you are having difficulty with choosing the correct software? Well, I can help. You do not have to worry anymore because I know the perfect solution for you! After many research and testing, I can ensure you that PHP development is the best option for…

So you’re building a website using HTML and CSS, maybe knocking something together for a side project or just to learn. You probably already have an editor of choice that allows you to write code in the browser, whether that be Sublime Text, Brackets, Webstorm, Notepad++ etc. But not everyone has one of these editors… 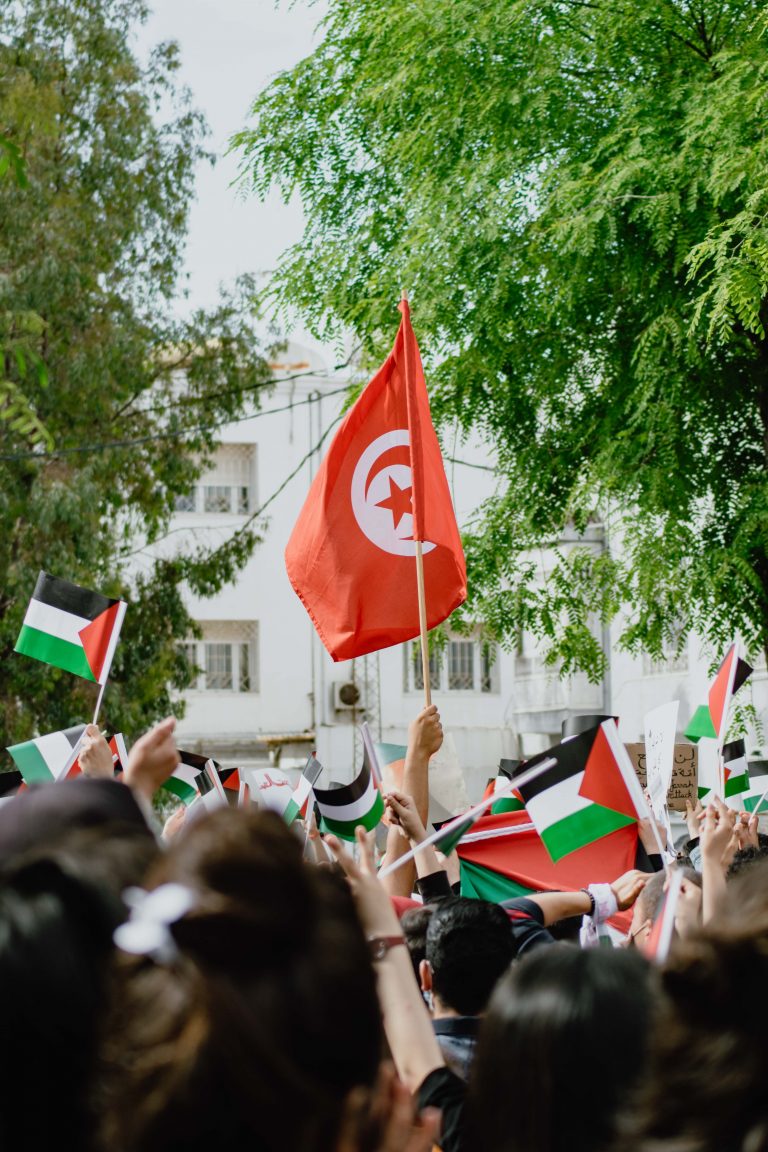 Load testing is the process of putting your website or application under heavy load to determine if it can handle the demand. This is important when you are scaling up your website infrastructure. Load testing requires heavy hardware resources, which many large businesses can afford, but when you are starting out on a smaller scale…

What’s the best coding software to download for windows 10? This is a question programmers ask all the time. There are so many options out there, it can be confusing finding the right fit for you. If you’re looking for high-quality code editor software for windows 10 / Windows 8 / Windows 7 PC, you’re… 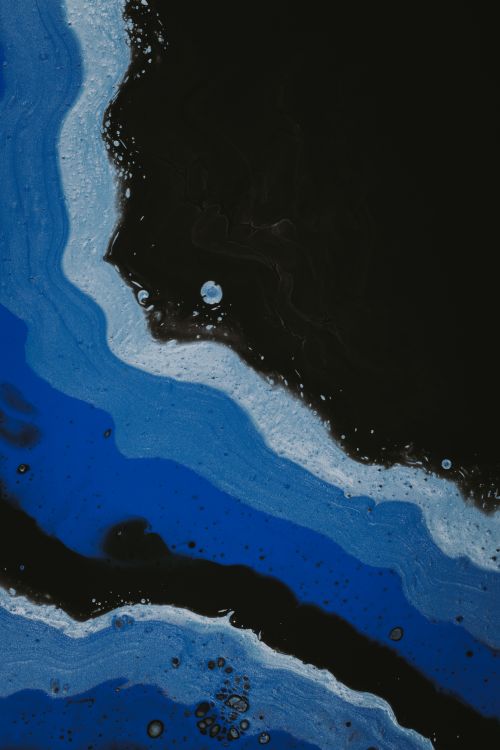 ­­­­­­­­­­_This article will introduce you to the Best Text Editor for Mac Web Development in my opinion. Just like web development, everyone has their own choice in Text Editor. One may like one while the other likes another. So it is hard to come up with a definitive answer when someone asks “what’s the best…