A good computer or laptop is not complete without a trusty screen recorder. A screen recorder is an application that can record what you on your screen. It allows editing, presentation, and sharing of content created from the Windows computer.

If you are a gamer and want to make video games walkthroughs or tutorials, then you probably want to keep track of your gameplay. This boils down to recording your screen.

Windows screen recorder is one of the best for recording your screen activity. The introduction of windows 10 has created huge demand for screen recording software. ScreenRecorder is such a wonderful software that can record videos on your window PC and laptop.

The Best Screen Recorder: What to Consider?

While different screen recording software prioritizes an assortment of features, it is advisable to establish a baseline of arriving at the best choice at all times. Of course, most users will go for free programs even when they do not bring enough and worthwhile features to the table. Therefore, here are the most important factors to consider when picking the best screen recorder for Windows 10 and other versions.

Zappy is software produced by Zapier, a company that provides workflows to automate the use of web applications together, specifically to improve communication and productivity within the company. It allows employees to create screencasts, screenshots, and GIFs easily, upload files to the cloud, and share them with their colleagues by embedding links to G-Suite tools, Slack, and other services. The software doesn’t have a video editor, but it lets you place colorful text, arrows, or drawings, so you can communicate with your peers visually.

Movavi Screen Recorder is a great mid-level screen recorder for PC, a nice OBS alternative, complete with a built-in editor that gets the job done. But there is one feature it does exceptionally well: scheduled captures.

This tool lets you record webinars or live streams while you’re away from your desk. You’ll find this feature in the preferences, under Scheduler. You can set a time limit for the next recording, or you could specify a time for a recording to begin and end. You can even set it up so your computer shuts down or goes to sleep after the capture is finished.

It’s convenient and unambiguous, further improved by Movavi’s above-average resolution settings. If you need to record an inconveniently-timed webinar to share with others, you’ll want it to look good.

Movavi Pricing: $52.95 for a one-computer lifetime license. There’s a free version, but it adds a large hideous watermark to the center of every video, so it’s really only useful for getting a feel for the software.

OBS or Open Broadcaster Software is a free screen video recorder that offers both recording and streaming in high definition, with no limits on the length of your videos.

The desktop software allows you to choose the part of the screen you want to capture, but it also gives an option to record the entire screen.

Customizable hotkeys help control the recording, and an audio mixer allows you to produce videos with smoothly recorded sound.

Apart from the intuitive screencasting features, OBS is equipped with live-streaming capabilities that you won’t find in the default screen recorders of major operating systems.

You can stream live on YouTube Gaming and Twitch, save projects, and convert your footage in FLV format.

All of this makes OBS one of the best free screen recording software options to try in 2021.

Best for: Professional live streaming to Mixer, YouTube or Twitch

This is a suite of software applications that includes screen recorders for Android, iOS, Mac and Windows.

It allows you to wirelessly cast an Android device or iPhone to your PC’s screen and use the desktop recorder to capture your PC audio, mobile device, microphone, and computer’s webcam simultaneously.

The desktop screen recorder offers multiple recording modes, including full screen, custom area, and more, and it also lets users annotate on the recording in real-time. You can apply callouts, lines, text, and more without needing to pause.

With the help of its intuitive, mobile-specific apps, you just have to set your computer and smartphone under the same WiFi network and begin casting.

Mac and Windows users can directly use the desktop screen recorder to record all kinds of on-screen activities.

Best for: Demonstrating how to use software that has both a desktop and a mobile version

Screencast-O-Matic is an online screen recorder and video editor that supports both webcam and screen recordings.

While the application doesn’t let you record in HD, it does have options to record in 800×600, 640×480 and other standard definitions, which makes it ideal for recording and uploading quick videos.

It also assists users in zooming, drawing, and adding overlays on the video files.

Screencast-O-Matic also has additional features including options for editing computer audio and synchronization of recording with video footage.

Keep in mind that most of the editing features are offered in the paid version of the app. However, you can use the free version to upload content to YouTube.

Best for: Making quick tutorials to share with friends, customers or online communities

AceThinker is a web-based laptop screen recorder that is easy to set up and use.

You can use it to record a specific screen portion or the whole screen, create real-time edits for an attention-worthy recording, and capture audio from your mic and computer simultaneously.

The software lets you convert and save your recordings in all renowned video formats, including MP4, MOV and API.

And you can also use AceThinker to directly upload your recordings to Dropbox, Google Drive, or YouTube.

All of these features are available in the free version of the app, but you can also install the PRO version to gain access to additional capabilities.

A standout feature of the PRO version is that it lets you create scheduled tasks for screen recordings.

If you want to record an ongoing live stream in the afternoon, but you don’t have the internet at work, you can install this screen capture tool on your home computer, create a schedule and let it record the screen automatically.

Developed by TechSmith, Camtasia is one of the highest-priced screen capture application at present. It has over 14 million users worldwide and might never be absent in top screen recorder rankings. As an all-in-one screen recorder and video editor, Camtasia claims to “make it easy to record your screen and create polished, professional-looking videos.”

How Does a Screen Recorder Software Work?

The process starts with rendering the scene displayed on your screen at present which includes the applications and the content displayed. The screen recording application reads that content and transfers that to its memory. This completes the process of capturing a single image.

But, in case you need to capture multiple images of the screen, the process is repeated. Then these multiple images are compiled and converted into a video required for how-to-dos, product demos, tutorials, or learning resources.

Screen capture is an important feature in a lot of software and it makes the software more effective. Now, if you are a Windows user, then you will get to see many screen capture programs on the internet.

Screen Recorder for Windows 7/8/10. Best, easy video editor with no watermark – both for desktop PC and mobiles. Free download to capture all activities in your screen, record video via the webcam, streaming video from any source with high quality and no time limit, etc.

Most people aren’t clear on the issue of FPS vs. Frame Rate and what it really means in screen recording. I’ve had several people ask me questions about choosing the best frame rate when recording videos whether on a PC or webcam. I decided to do some research and found out some facts and figures…

Screen recording is a marvelous feature of modern operating systems. It enables you to record everything going on on the screen and then save it as a video file. Then, you can use it for creating tutorial videos, for making walkthroughs or just for entertaining purposes. But this is just one use of screen recording…. 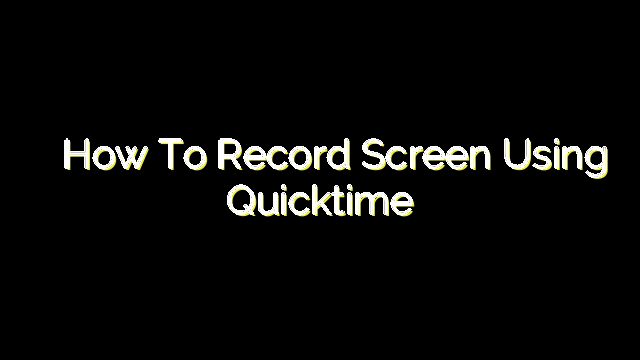 Recording a screen in Quicktime is a great way to get started with your video production. It’s easy to use and produces high-quality videos that look great on any device. However, there are a few things you need to aware of before beginning. In this guide, we’re going to cover everything you need to know… 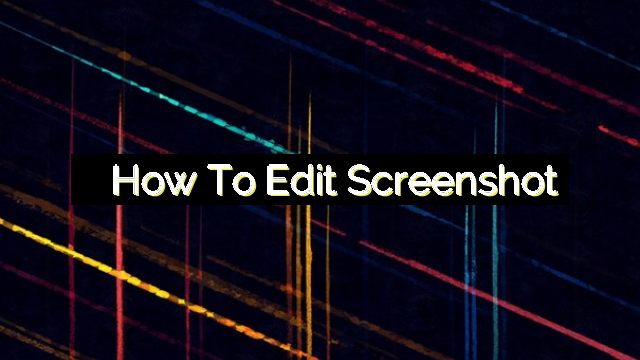 Screenshots have a wide range of applications. You can use them to share something you found while purchasing online, show off your most recent top score in a game, or try to assist someone in troubleshooting a computer or phone issue. However, there will be instances when a straightforward screenshot is insufficient, and you’ll require… 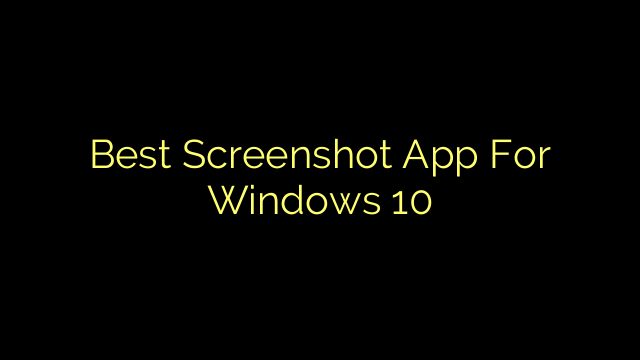 Whether you’re a photographer or videographer, taking great photos and videos is essential to your success. But if you’re new to the game, it can be hard to figure out how to get started. That’s why we’ve put together this comprehensive guide on the best screenshot app for Windows 10. We cover everything from beginner…