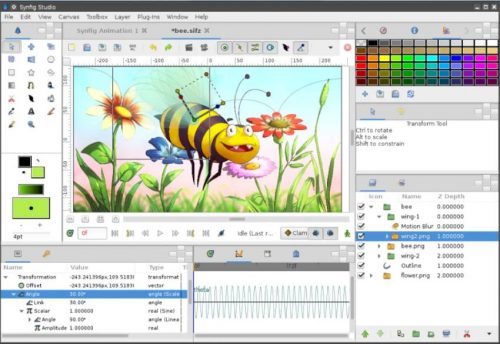 Are you looking for a free motion graphics software? Or are you a beginner in this field and want to learn about some options of animation software before making your first purchase? Look no further. In this comprehensive article, I will talk about the best software that’s available for free or for beginners. I am sure there will be at least one tool on this list suitable for your needs.

When it comes to free 2d animation software Synfig studio is one that has almost all the features of a full 2d animation studio software. Do you want to create your own animated movie or just an animated postcard or animation for a game? Synfig can do that for you.

You can use Synfig anywhere without limitations at home at work or at school. Synfig is free and open-source software available for Windows, Linux, and Mac OS. It has a full-featured bone system that allows creating cut-out animation using bitmap images or controls your vector artwork. You can use an additional skeleton distortion layer to apply complex deformations to bitmap artwork. Synfig provides 50 plus layers to create artwork and animation of any complexity. Choose from various layer types geometric gradient filters, distortions, transformations, fractals and others.

A newbie in this market, Natron is a powerful digital compositor that can handle all of your 2d, 2.5d, or motion graphics needs. Its robust audio file formats and open fx architecture is what makes Natron one of the most flexible open-source compositors for the visual effects community.

Natron’s interface and functionality are the same across all platforms such as macOS, Windows, and Linux. Natron has powerful keying roto or roto paint 2d tracking tools that are stable for all current film production projects that require visual effects.

It has some strong keying or mat generation tools. They have been developed from the main ofx software developers and a plethora of tools from the open-source plug-in developing community.

Motion graphics software is something you’ve probably heard more than a few times. If you’re new to it, then it can be hard to know where to start. With all the different types of software on offer, it can be overwhelming to even begin your search. Each type of software comes with many different features, which can make them perfect for some tasks, but not others. 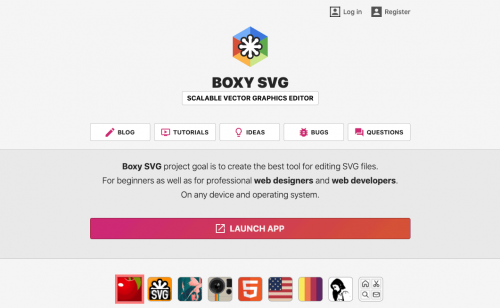 It’s a given that you have the Adobe Illustrator program on your computer. After all, Illustrator is an industry standard when it comes to design. I mean, that’s what everybody uses, right? But did you ever stop to think about whether you could get by just fine without paying for a piece of software? Well,… 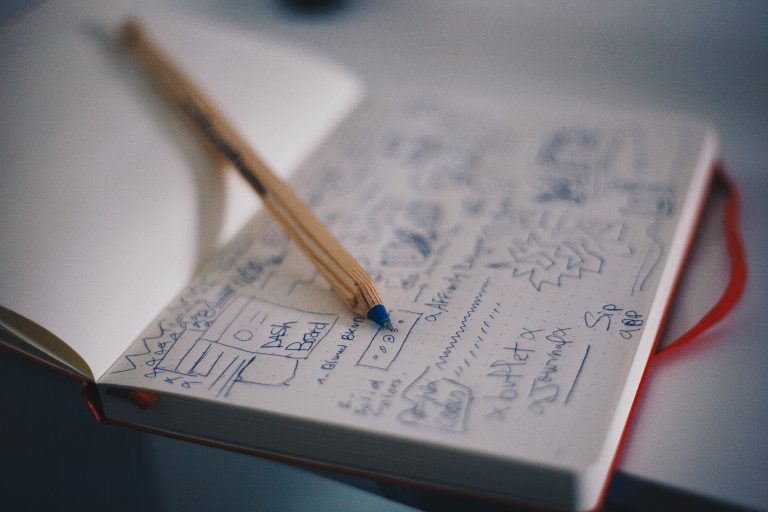 Do you want to learn about graphic design programs for Microsoft? Then this post is for you! I was once a freelancer who’s offering services online, and as I’m creating my personal website, I hear from many of my clients that they don’t have the budget to hire desktop publishing designers. Graphic design is one… 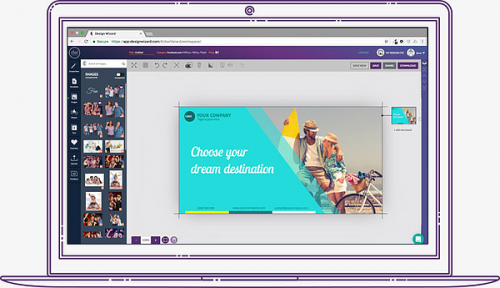 Are you looking for free Graphic Design software? Maybe you are already in the graphic design industry, and you want to learn about the best free paint programs for PC. Even having a basic computer graphics program will help novice designers make cool graphics for the Internet… If you are a graphic artist, then you… 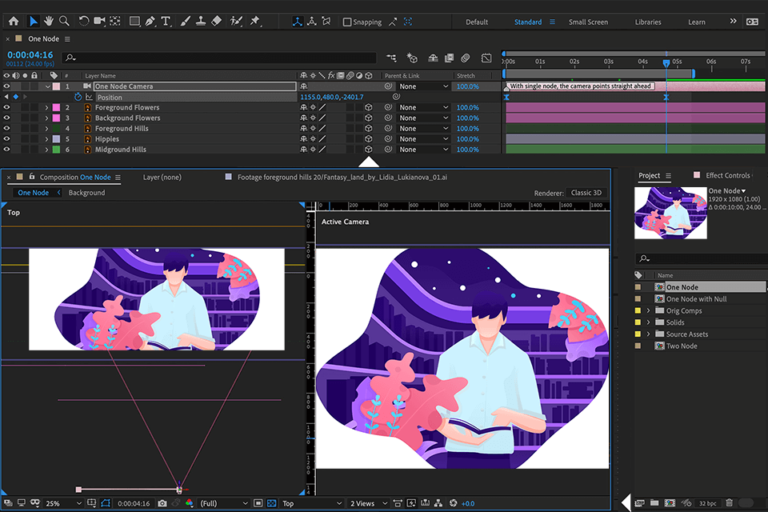 Software for cgi animation is a relatively new technology. So new, in fact, that not everyone even knows it exists, much less has a use for it. CGI stands for Computer Generated Imagery. An example of this would be a rendered computer image of a helicopter, or cartoon images from an animated feature film. There…