Finances are something we all have to deal with. They’re often described as a necessary evil by many. Most people spend a lot of time worrying about and fretting over their finances while they do very little in terms of managing them. This can actually be the reason why they feel so stressed out when it comes to finances in the first place. There are many things they might be able to do, however, that can help them feel better about their finances, and one of these is personal zero-based budgeting apps.

Zero base budgeting is an alternative to the traditional budgeting system. Whereas traditional budgeting uses a prior year’s actual expenses, a zero-based budget has no such starting point. Instead, people who use the system first build a detailed list of all possible costs they might face in any given year.

Zero-based budgeting is a budgeting approach in which every budgetary component must be justified anew each period; nothing is carried over from the prior period. The purpose of zero-based budgeting is to force managers to defend their expenditures and limit spending to activities that will produce high rewards. Is this just a lot of random words that don’t mean anything to you? How can I make it more clear? Let’s look at some examples that are related to your current income situation.

What Is Zero-Based Budgeting?

Zero-based budgeting is a budgeting method that forces you to consider your spending and income. It’s the opposite of the traditional budget, which just adds up all the expenses from one month to another. A zero-based budget takes into account how much money you make and how much money you have leftover after paying for necessities—it allows for a more accurate picture of what your actual financial situation is.

Zero-based budgets are great for business owners and individuals alike because they force you to think about every dollar going out or coming in, rather than simply adding up figures from previous months or years.

How Does Zero-Based Budgeting Work?

Zero-based budgeting works by spending money in the same way that it is earned. When you receive a paycheck, all of your bills are paid off first and everything else gets subtracted from what’s leftover. This means that if you’re not earning enough to cover your monthly expenses, you will have to cut back on them. As a result, zero-based budgeting can help you save money and get out of debt because it forces you to examine every aspect of your finances and make decisions about where each dollar goes.

When starting out with zero-based budgeting, it’s important not only to plan for large expenses like cars or houses but also smaller ones like food or entertainment. The hardest thing about using this type of system is realizing how much money we spend on things we don’t need or want every day—but when we do see those figures written down on paper (or spreadsheet), there’s no denying how much extra cash could be freed up if we stopped eating lunch out so often!

The Pros and Cons of Zero Based Budgeting

Zero-based budgeting is a good method for establishing a budget for a new business. The first step in creating your zero-based budget is to determine what you’re spending money on at the moment, and how much of that money can be saved.

The biggest benefit of zero-based budgeting is that it forces you to think about your spending habits and make sure they are reasonable. If you’ve been spending $3,000 per month on things like coffee and lunch, then you’ll probably find ways to reduce those expenses after seeing them written down on paper.

In general, zero-based budgets help companies cut costs by identifying unnecessary expenditures—and it’s easier than ever before thanks to technology such as Google Sheets and Excel/Google Docs!

When Can You Use Zero-Based Budgeting?

Other Methods of Budgeting

As you can see, there are many different ways to budget, and some methods work better than others depending on your situation.

Here are a few more that have been tried and tested by many people:

It can be a powerful way to ensure your money is growing as fast as possible.

Zero-based budgeting is a powerful way to ensure that your money is growing as fast as possible. It can be used to analyze expenses and measure the results of controlling costs. In zero-based budgeting, you start with a clean slate each year and evaluate every expense line by line. You should look at both the benefits and costs of each item on a regular basis so that you can make sure it’s worth keeping around—no matter how small an amount it represents in terms of actual dollars spent. This helps avoid spending too much time trying to figure out how much something costs before deciding whether or not it’s worth keeping around, which can lead to wasting valuable resources while trying to figure out what needs doing next (and possibly even forgetting about important tasks altogether).

Zero-based budgeting is a good approach because it helps you to:

As with any new process, there are advantages and disadvantages to ZBB. The biggest disadvantage of zero-based budgeting is that it takes a lot of time and effort. In addition, if you want to implement ZBB properly, you need complete data on all your current expenses—which can be very time-consuming and detailed.

Another disadvantage is that because all of your expenses must be justified each year, this can lead to a lack of flexibility in spending decisions and resource allocation across different departments or projects. This may also make it harder for managers who aren’t familiar with ZBB from making quick changes without consulting their superiors first.

It should also be noted that while zero-based budgeting has been shown to reduce costs by up to 30%, some companies have found that implementing ZBB was too costly for them at the time so they only applied some aspects of this system instead (such as justifying expenses).

Zero-based budgeting is a way of budgeting that has some risks but also some benefits.

Zero-based budgeting is a method of budgeting that groups expenses into categories, then examines each expense individually. Each expense is considered from scratch without taking into account previous years’ spending in that category.

This method is often used for large projects, such as those funded by grants or other grants. The project’s requirements must be met without duplicating work already done by another department or organization; therefore, zero-based budgeting helps ensure that no unnecessary costs are incurred.

It’s important to keep in mind that this method requires a lot of work: not only does it mean going through every line item to make sure they’re justified, but you’ll also need to explain the rationale behind each line item at multiple levels (for example, what makes one item necessary while another isn’t).

How to start a zero-based budget

Before implementing this budget, take a few steps to ensure you’re realistically planning your spending: 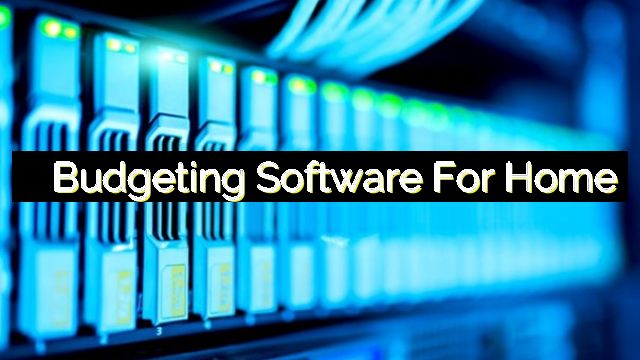 Budgeting software can help you save money on your home budget. You can use budgeting software to track expenses, find savings opportunities, and more. With budgeting software, you can make informed decisions about how to spend your money so you don’t compromize your future. In this comprehensive guide, we will be covering topics such as… 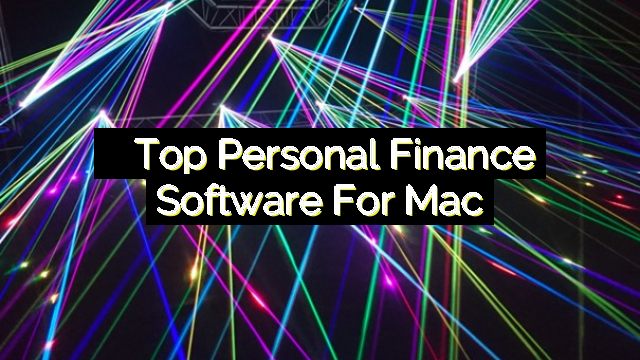 When it comes to managing finances, many of us need all the help we can get. So we’ve scoured the Mac App Store to find the ten best free apps available to help you start getting finance affairs under control. We’ve focused mainly on apps dealing with personal finance, but have also slipped in one or two…

In this article, we are going to look at some of the best personal finance software for Mac users and how they can help them stay on top of all their finances. There is no doubt that staying on top of your personal finances is important in today’s world. With many new financial institutions entering…

Budgeting is one of the things you often see in personal finance blogs and articles. Almost every time you see budgeting mentioned, it is followed by words such as: important, can be the difference between life and death, set the foundation for financial success etc. Why? Budgeting helps you reach your goals. It is the…

Personal budget templates are one way to create a personal budget, as they provide you with a system that allows you to track your income and spending. You’ll know right where you stand on your mortgage payments, car loan payments, credit card bills and any other major debts. If you’re looking for a free personal…