Best screen recording tools are very helpful when you want to make video tutorials, create a demo of your app, record how to use certain computer programs or just to share your gaming skills or progress.

If you are a businessman/professional, you might be thinking: What an invaluable tool that a good quality screen recording software can be. I can show customers how to use products, create more detailed step-by-step tutorials, launch online courses and organize training sessions, course and lecture recordings, movie trailers and demos. Imagine the possibilities!

Just like any other software or application in the tech world, not all screen recording programs or software are created with equal quality. There are those that can be a bit complicated to use and some that would require you to spend more than the few bucks you paid for it. Not all screen recorders for computers and laptops are made for professional purposes like recording videos for operations training. That’s why before you settle on the one you’re about to purchase, there are a lot of things that could help you make an informed decision.

What Is Screen Recording Software?

Screen recording software can record the entirety (or portions) of your computer or mobile screen.

The recording can include everything from your taps and cursor movements to typing a URL into your browser to help people learn what to do and how to do it.

Audio narration is available, and sometimes annotation is also offered as part of a tool’s package.

Others may have the capability to do all of that, but might be missing a feature or two. For example, not every screen recording application comes with an HD screen recorder.

As such, you should pay attention to its capabilities before downloading or installing screen recording software on your device.

It’s also crucial to evaluate your own recording needs. Perhaps you don’t need to record in HD. Maybe you’ve recently purchased video hosting and can do without a YouTube export option. The best screen recorder for you will be the one that meets your specific needs.

Icecream Screen Recorder can record your entire computer screen or specific parts of the screen. With the software, you can shoot webinars, record video calls or conferences, gameplays, etc. via its intuitive and user-friendly interface.

Ezvid Video Maker is a useful desktop or screen recording software. With some clicks, you can record the computer screen to create high-resolution movies. Ezvid allows on-screen drawing and recording specific region [same as Icecream Screen Recorder]. You can also add title, description, keywords and other meta-info to your recordings.

Atomi ActivePresenter is a powerful software that can capture all or part of your computer screen with superb video quality. Although it lacks various features (in its free edition) that are provided by its competitors, it’s a perfect minimalistic screen recorder for anyone looking forward to create high-resolution long-time screencasts.

ShareX is an open-source ad-free tool that boasts almost as many custom features as some paid software screen recorders. ShareX is mostly targeted toward developers and power users, so an average customer might get lost in the many advanced tools and editors.

CamStudio is a good choice for one-time or occasional users with minimal editing needs. This lightweight, open-source screen recording software creates videos in AVI format that can later be converted to SWF. While its compactness appeals to some, others call for further development and increased technical support.

If you want to quickly record something and share a link, give Loom a chance. Loom isn’t overly complicated when it’s time to record: you can choose whether you want to record just your screen, your screen with webcam video, or just your webcam. Once you finish, your video will be uploaded to Loom. You can do some basic editing in the browser, if you want, or you can copy the link to share the video. It’s all very quick, which makes it, overall, the best screen recorder for PC.

With the free version of Loom, you can store up to 25 videos of up to five minutes each. It’s limited, sure, but great for quickly showing something to a collaborator, coworker, and/or archenemy. And you can always download your videos and store them somewhere else if you’re getting close to that 25 video threshold.

Having said that, Loom isn’t perfect. The desktop app works well, but we found the mobile apps limited in confusing ways. The Android version, for example, requires users to enter their Google password in order to log in instead of using the built-in Android support for Google accounts, which is odd. The iPhone and iPad apps can’t combine video with screencasting.

Still, Loom will get the job done without a lot of fuss for most users.

Loom pricing: Free for 25 videos of up to five minutes. Business plans start at $8/month with unlimited uploads.

TinyTake by MangoApps is a sophisticated free screen recorder for Windows and Mac that allows you to capture images and videos from your computer screen, add comments, and share them with others within minutes. TinyTake comes with an online cloud-based gallery where you can store all your screen captures and recorded videos.

Screencast-O-Matic isn’t, on the surface, that unique in the crowded field of screen recording apps. Where it excels, though, is offering a great experience on every platform.

The mobile apps, in particular, worked better and offered more features than the alternatives we tested. They work without logging in, for example, and generally offer more features. The iPhone and iPad versions allow you to record your screen, then overlay a separate recording of your face onto that recording. You can edit videos right on your mobile device, instead of waiting until you get to your computer. If you’re looking for Loom alternatives for mobile, start here.

The desktop app also works just how you’d expect, allowing you to record an area of your screen and optionally add a webcam with your face. There are some simple editing tools in the paid version, and even the free version allows you to crop and add music before uploading.

Videos can be saved to your device, no cloud necessary, or you can upload to Screencast-O-Matic, Google Drive, or even YouTube in the free version—Dropbox and Vimeo are added to the paid version. It’s nice to have that choice after recording and to have some editing tools that aren’t overwhelming.

The Camtasia video capture interface is straightforward and no-nonsense. You choose your capture area, whether or not to include webcam and microphone inputs, and click Record.

Its built-in video editor is a different story. There’s an exhaustive list of editing options that manage not to feel overwhelming. Click-and-drag effects and a decent selection of stock media are located along the left-hand side of the app, with detailed properties and customizations appearing on the right-hand side whenever you select an element from the timeline.

Camtasia provides outstanding tutorial videos for anyone that struggles with its editing tools. Creating surprisingly professional intro and outro segments and dropping them into our test video took a matter of seconds. Our only hiccup was with the interactivity features, which allow you to add quizzes or clickable buttons to your project. Configuring these elements was easy enough, but previewing the video and exporting the final product was noticeably more complicated after adding interactivity.

This is also the only app we tested with a closed captions tool that loops audio while you add the text. A four-second segment plays until you’re done typing, and then you can press Tab, and it plays the next loop.

Note: if you don’t need editing but like the look of Camtasia, Snagit comes from the same company, only offers screen recording, and starts at $49.

Free Screen Video Recorder is a full-featured but lightweight free screen recorder from a developer known for its free conversion software. It can record Skype conversations with no limitations and is therefore useful for Skype interviews and online conference calls. Also, different Windows applications can be singled out and captured as discrete elements. Included is a basic user-friendly image editor that is surprisingly helpful for attaining a polished look.

How to record your screen in Windows 10

If you are using the Windows 10 operating system, you already have a built-in screen recorder called Xbox Game Bar. It has quite limited capabilities; more specifically, it doesn’t allow you to record the entire desktop or File Manager. However, you can use it with any desktop app or program downloaded from the Windows Store. Let’s see how to do this:

2. Press the Windows key and G at the same time.

3. You’ll now see the Xbox Game Bar menu. Click on Start Recording at the upper left-hand corner of your screen. You can also capture your voice by clicking on the Microphone button.

Screen recording software has become a popular way for creating demonstrations, podcasts and other media. Screen recording tools allow users to capture as well as record computer programs as they function and play in real-time on the screen of a desktop or mobile device. This means that it enables users to not just create video tutorials, but also training films and video how-to instructions plus it eliminates the need for lengthy written guides or eBooks to explain how something works.

Screen recording software is one of the most powerful tools used for training employees or resolving disputes. The best way to teach someone how to do something or resolve an issue is to actually show them on a computer screen, and this can only be done via screen recording.

The purpose of this article is to help you learn what is the best tool for recording computer screen. Pointing at some things, this article can help you make decisions. Screen capture software reviews are based on various aspects, including operating systems compatibility, user friendliness, high quality of video recording and so on. I will…

Whether you are a tech genius or a normal student, it is necessary to create tutorials that have instructions. At some point in time, you will need to make a tutorial and then you may need audio and screen recording. Making tutorials with picture, tutorials with voice recording and video recording is hard work. To… 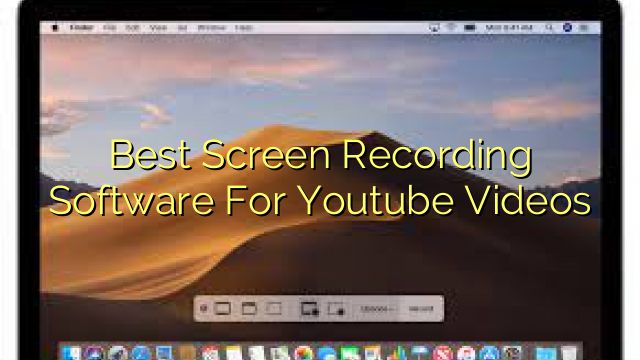 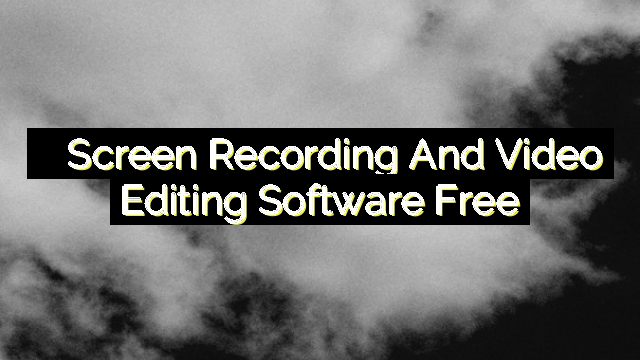 Once you have recording software, it’s time to start creating content. Depending on your goals, this content could be for your personal website or blog, for a product presentation, or for marketing materials. All of these needs require different types of recordings and editing software. And that’s where free tools come in! There are a… 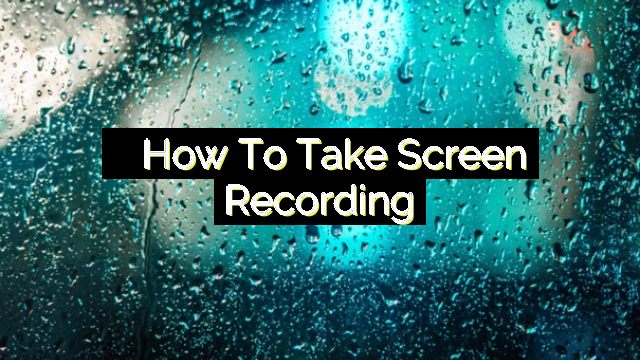