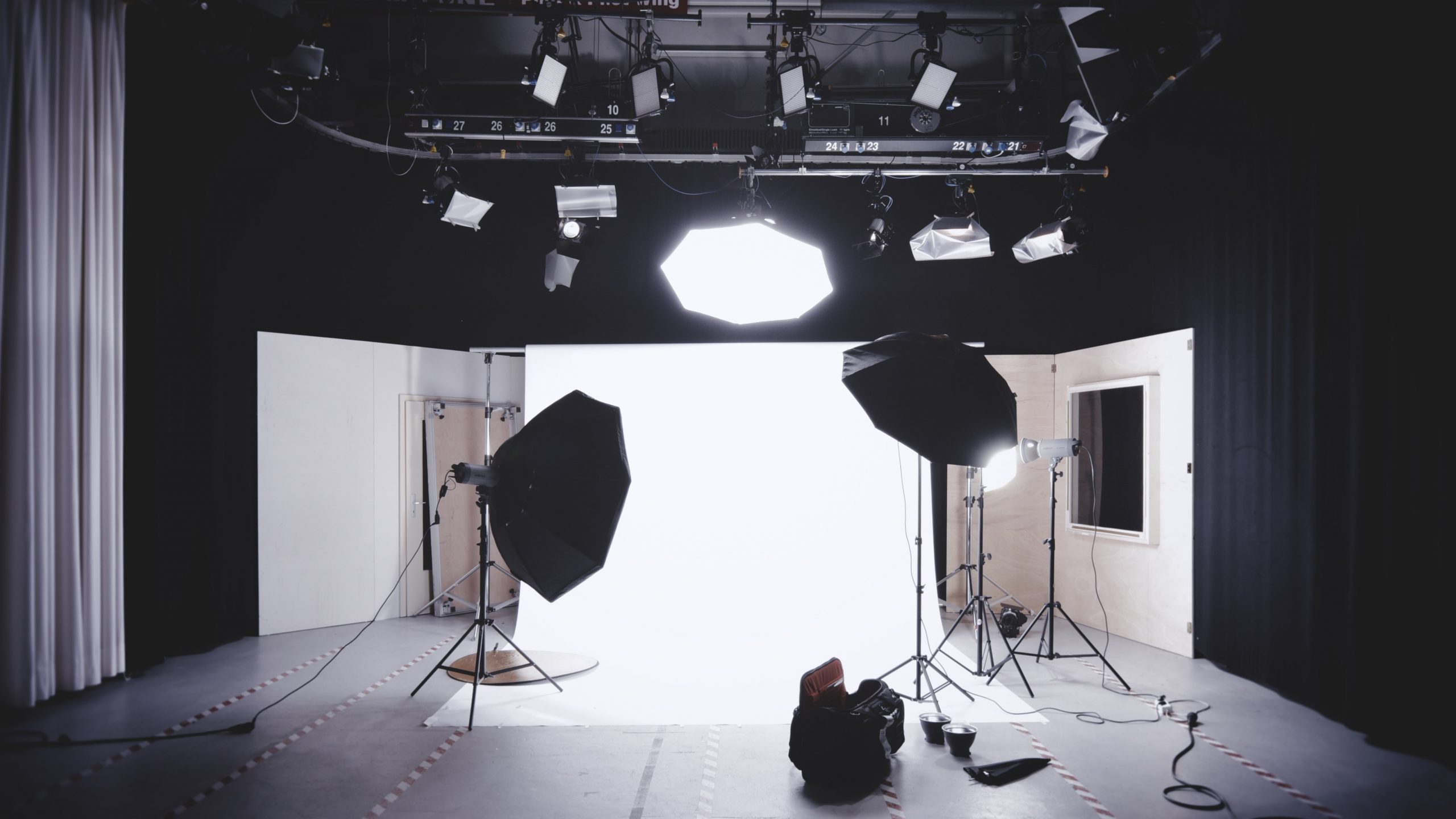 The best visual studio code fonts are one of the most important elements that should be considered while coding. There are numerous ways to install fonts in Visual Studio Code. Visual Studio Code is both an incredibly powerful tool and a flexible one.

You can either browse available fonts from various sources and install it, or directly download a font from the Microsoft store. We have gathered a list of the Best Visual Studio Code Font that will provide you good coding experience.

Why use Monospace fonts for coding. Why? Well, monospace fonts allocate equal space for each character, meaning that the letter ‘i’ is given as much horizontal space as the letter ‘k’. That may look unnatural for other types of text and typography, but it’s perfect for coding.

That’s because reading numbers and punctuation marks is a lot easier when they’re evenly spaced. A monospace font also makes it easier to achieve indentation and vertical alignment, which are critical for code legibility.

Over the past four years, I have been using Visual Studio Code (also known as VScode) as my primary text editor for coding.

The reason that Visual Studio Code appealed to me was it combined the strengths of both Sublime Text and IntelliJ IDEA which I had used previously. It was as lightweight as Sublime Text with the debugging capability of IntelliJ.

Designed specifically to improve developers’ productivity and reduce fatigue, MonoLisa is a wonderfully clear font. It ensures all glyphs are the same width for readability and yet also manages not to be boring. With a feature-set boasting increased character width, clear distinction, and excellent reading flow, we think this monospace font is a real winner.

Crisp, clear, and just about perfect, Monoid is a programmer’s dream. While most developers are screen-laden these days, the fact of the matter is that there will be times that you have to work in a low-res environment or with a smaller-than-ideal window. Monoid’s got you covered. There’s even a Monoid and Font Awesome integration called Monoisome. That’s kind of neat. Additionally, if you want to know more about what it’s like to work on a font that’s designed specifically for coding, the creator writes a lot about it on Medium.

We know what you’re thinking. Roboto? Isn’t that the over-used web font? To which we answer, yep! In fact, that’s precisely the reason it’s one of the best programming languages. The reason you see Roboto on so many websites these days is the same reason you are looking for the best programming font. It doesn’t cause eyestrain to look at for long periods of time, and the characters are discernable and unique so that you don’t have to worry about spending that extra time making out what something says. Just because it’s used for web content doesn’t mean it can’t be used for making the web itself.

Apercu Mono is part of the much larger Apercu font family. Designed by The Entente, it’s part of the award-winning Colophon type foundry based in London (UK) and Los Angeles (US). The foundry has a reputation for creating, publishing, and distributing high-quality typefaces for analogue and digital media, and this is a case in point.

The original concept behind Apercu was to create an amalgamation of classic realist typefaces such as Johnston, Gill Sans, Neuzeit and Franklin Gothic. The team created an extensive and usable family including a Mono version that’s ideal for displaying code.

No list of the best programming fonts would be complete without having a Linux system font on the list. Ubuntu Mono is a workhorse of a font that is both incredibly readable, clear and crisp on various resolutions, and honestly, just looks really cool. It works well for body text as well as coding, and staring and it day after day won’t result in eyestrain or headaches. At least, not in our experience. Plus, if you just love Ubuntu but have to work in MacOS or Windows, this gives you a little taste of home.

Sudo looks a lot like Ubuntu Mono, only a little more squashed. In fact, though, it’s a hand-made font that Jens Kutílek put together because they wanted a better programming font. In almost every way, Sudo succeeds as a programming font. Even though the spacing is more compact than some font families, the characters are still perfectly legible because it’s still a monospaced font. The numbers and letters are different heights for easier differentiation, too, which is incredibly useful for at-a-glance debugging.

Input is a system of fonts designed specifically for coding by David Jonathan Ross. It comes in both proportional and monospaced variants, but since it’s been designed with coding in mind, the proportional spacing is tailored, so you may consider it over the monospaced version.

There’s a range of widths, weights and styles, each with serif, sans and monospaced variants, resulting in 168 different styles in total. That means you really can get whatever you want from this font set. It’s described as having generous spacing, large punctuation, and easily distinguishable characters, and a lot of consideration has been given to the size and positioning of symbols frequently used in coding. You can also customize the forms of certain key characters including the letters ‘i’, ‘l’, ‘a’, and ‘g’.

Input is free to use for private, unpublished usage in your personal coding app.

Get Input from DJR

Input is a programming font that was designed from the ground up to make software developers’ lives easier. The site itself says that not only the characters, but also the “punctuation was designed to be large and clear in the context of code.” Going a step further than simply a monospaced font (where every character takes up the same amount of horizontal space), there is a proportionally-spaced, sans-serif version that is designed for coders to be able to avoid any kind of character overlap or oddities in character sizing. Input is a programmer’s font if there ever was one, and you’d be doing yourself a favor by checking it out.

Recommended by tons of programmers because of its inclusion of coding ligatures, Fira Code is good stuff. Fira Code is an offshoot of the Fira Mono font. It’s developed by Mozilla, so you know that it has to be well-made and worth using. Programmers use an absolute mess of symbols and characters that aren’t necessarily letters and numbers, and Fira Code autocorrects them into the equal ligatures so that you no longer have to discern ASCII strings, but instead see the standard symbol. It is a monospaced code, and it’s just beautiful in any editor, but if you want to talk about reducing eyestrain, not having to interpret characters’ meanings as often will certainly do it.

Fira Code is an extension of Fira Mono, a monospaced font designed for Mozilla to fit in with the character of Firefox OS. The code variant of Fira includes programming ligatures – special renderings of certain character combinations that are designed to make code easier to read and understand. So, for example, the == and != combinations are rendered as proper equality glyphs, which are supposedly easier for the brain to process than two separate characters that have their own individual meanings.

How you feel about this of course depends on personal taste. If you’ve already been reading normal code for years, there’s every chance you might not want to make the change. But if this does appeal, Fira Code is a widely supported, popular programming font that makes code easy to read. It’s also free and open source. The GitHub page has coding samples from a range of languages so you can see how things look.

Get Fira Code from GitHub

Microsoft got into the programming fonts game with Consolas. Included in all Windows installations, Consolas is a monospaced font that MS developed to be clean, easy on the eyes, and multi-purpose. The MS documentation for Consolas puts it better than we can:

All characters have the same width, like old typewriters, making it a good choice for personal and business correspondence. The improved Windows font display allowed a design with proportions closer to normal text than traditional monospaced fonts like Courier. This allows for more comfortably reading of extended text on screen. OpenType features include hanging or lining numerals; slashed, dotted and normal zeros; and alternative shapes for a number of lowercase letters. The look of text can be tuned to personal taste by varying the number of bars and waves.

Available through Google Fonts, Source Code Pro is a nice monospaced font that coders turn to pretty often. The medium variation (the fourth one down in the image above) is highly recommended because, well, it’s average in terms of thickness, which makes it incredibly easy to read. If the name wasn’t enough of an indication, this particular font family was designed with programmers in mind, so it being one of the best programming fonts around should hardly come as a surprise to anyone.

There are a variety of tools available for those who want to learn or even those who have been coding for many years. One of those tools is Visual Studio.Coding fonts can make a developer’s experience a whole lot easier, especially if the developer has been coding for a while and their eyesight starts to deteriorate. If you find yourself squinting at your computer screen more than you did when you first started programming, it may be time for you to update your coding font.

Just like the title suggests, we have listed out the best visual studio code fonts. Visual Studio is one of the most popular tools used by developers to create various applications. It is an IDE that comes with an integrated environment for writing code using several programming languages. It also provides different font options for you to choose from. 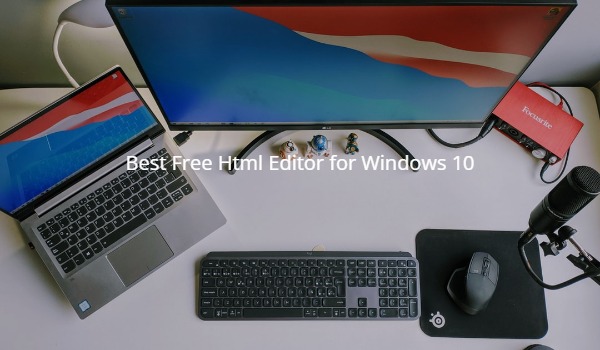 If you’ve heard about web development, the term HTML should sound familiar. HTML stands for hypertext markup language – one of the most important elements that define the website structure and content. World’s most user-friendly and free HTML editor. Our HTML editor is free for both personal and commercial use and enables users to create…

We all have our preferred tools for coding. But did you know there are a huge number of tools to choose from? Each tool offers a unique feature set and it can be hard to find the one that best fits your requirement. If you were wondering, here’s an in-depth review on the best code…

What is Python? It’s a simple, easy-to-learn programming language. And despite its name, pretty much everything you have seen in the movies has been written in Python! The reason for that is it’s a very readable and versatile programming language. Python was designed with the aim to be as “simple and clean” as possible and…

These days there are numerous tools that will help you edit website’s code with accuracy. Not every tool is the same, though. This makes it easier for people to make wrong decisions. The following guide gives you information about the most effective text editor for web development available on the market today. You’ll also learn… 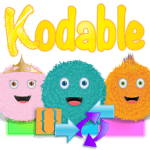 The world of “coding” for kids is one of today’s hottest topics, but it can be difficult to find reliable, unbiased information on what exactly this all means. This is the best source on the topic of coding for kids that I have found online. I am thankful that these ideas are finally starting to…